With 2012 winding to a close, I’m looking forward to a New Year’s Eve spent playing board games with my family. If this sounds tame, rest assured it is not. We are some of the most savage, unforgiving, and ambitious people ever to sit down to a game of Logo, Trivial Pursuit, Scrabble, or Fact or Crap. We tried You’ve Been Sentenced a few years ago, but we got so apoplectic that we had to stop and we ended up giving the game away.


I plan to make annihilating the people I love my final act of 2012, and if I should fail, I will spend the entirety of 2013 plotting my revenge. I hope you all have equally joyous NYEs.

Um, Best Way to End a Year Ever

Lisa Henry and I have been offered a contract for The Good Boy, the project I talked about in The Next Big Thing Blog Hop. It’s a tale of lust, greed, abuse, love, redemption, puppy play, and bad tacos, and it’ll be coming your way at some unspecified date in 2013 from Loose Id. So excited!

Some happy news for my books:

Lots of great books and authors were nominated, and I’m honored to be in their company. 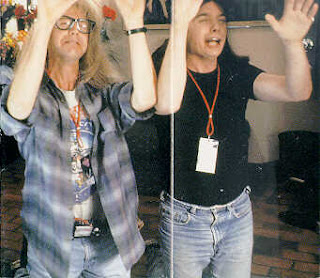 And That’s Not All…

On December 31-January 1, Head over to the New Year’s Kisses Party at Kay Berrisford’s blog! The party is co-hosted by Tara Lain, so stop by her place too. Kay and Tara have collected first kiss scenes from over fifty romances. You get to read some sweet and steamy excerpts, and, if you like, answer some questions for a chance to win a $35 GC and a slew of ebooks. Jesse and Sim’s first kiss is featured!