Even Feminists Get Spanked: A DD Week Interview and Giveaway with Cara Bristol

The talented Cara Bristol has agreed to kick off DD Week with me. Cara is the author of the Rod & Cane Society series, which features heroines who enter into domestic discipline relationships with men who belong to a secret society for husbands who spank their wives. She's also giving away a copy of Rod and Cane Society 2: False Pretenses to one lucky commenter. Time to ask her about the politics of m/f DD, the DD writers' learning curve, and what apex predator she'd prefer to be killed by.

Welcome, Cara! Do you remember when and how you first became aware of domestic discipline, and how you felt about it at the time?


For me, it was part titillation, part shock—which is what I often try to convey in my fiction. The concept of dominance that is wrapped around the idea of a man being the head of household and enforcing his rules by spanking is a hot fantasy. In real life? Maybe not so much. But I understand that for many people, and not just women, it can be a comfort to hand over authority to someone else. It’s like a work situation: not everyone wants to be the boss. Some people enjoy being worker bees.

I love writing DD, but I’ve never written a M/F DD relationship. Mostly because I stick to LGBT stories in general, but I think there’s also a personal fear at work that a M/F discipline arrangement too closely mirrors the real life power dynamics that existed between men and women for way too long. I know that true equality and true feminism would mean a woman has every right to choose to give up power in a relationship. I know that while a submissive woman in a DD arrangement appears to give up power, she’s still in control, because she chooses to submit. I know you’ve probably been asked to comment on this a zillion times before. But do you ever deal with this hang up when you’re writing? If so, how do you work past it?

I write fiction about a real phenomenon that occurs in society. And domestic discipline is, as you point out consensual. The spankee always has the right to say no. Always. I see DD as just a little more extreme than what occurs in romance novels all the time. The hero tosses the kicking and screaming heroine over his shoulder can carries her off. She’s forced into an arranged marriage. The tough guy cop/navy seal/rancher thwarts her will. Dominance is a fantasy that plays out in fiction. I write for a market that enjoys reading about M/F spanking.

What’s the most interesting or unexpected thing you’ve learned writing the Rod & Cane Society books—either through research, or through/about your characters?

That even though the females are submissive to the heroes, readers still want spunky, independent 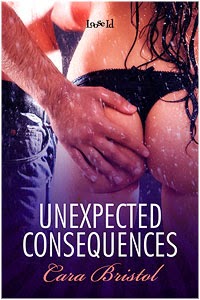 heroines. Melania in Unexpected Consequences, the first book, is a bit spoiled and whole lot naïve. Some readers/reviewers objected to her naiveté. My heroines in False Pretenses, Body Politics, and Disciplinary Measures are all independent. And Stephanie in Body Politics is a bona fide, placard-toting feminist!

The other thing I’ve learned is that it’s a challenge to find interesting, spankable offenses and keep both characters sympathetic. If the heroine’s offense is too trivial, readers dislike the hero. If she does something terrible, they hate her.

If you were a spanking implement, what would you be?

A hairbrush. A practical implement with multiple uses.

Is it easier and/or more fun to write discipline scenes from the hero’s POV or the heroine’s?

How, if at all, has your own understanding of DD evolved as you work on the Rod & Cane series?

That the women involved in real DD relationships embrace it and are often the ones who suggest it. DD is a complex dynamic of which spanking plays only a small part. It is about the Head of Household accepting responsibility to lead the family and wife trusting his judgment. The trust issue is huge.

Please provide the following words, which will be put into a madlibs story. 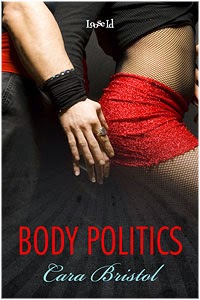 Dinner and a Spanking

Aw. That's kind of sweet, and it mostly made sense. And finally, your Shark Week question:

A grizzly bear can crush your skull to immobilize you but leave you conscious enough to feel it when it starts eating your limbs. A great white shark has 300 serrated teeth and will grab you in its jaws and shake you until your flesh starts coming off. What would you rather be killed by, if you had to choose? 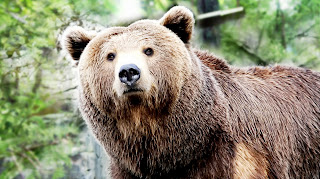 Well reasoned. I think I’d pick the shark because I hope I'd be so disoriented from being underwater that I wouldn’t feel the agony. Thank you so much for being here today, Cara, and for answering my questions.

Thank you for asking me. You asked some tough questions. It was fun!

Where to find Cara:

And now for the giveaway! Leave a comment on this post for your chance to win a copy of Rod and Cane Society 2: False Pretenses. The giveaway will run until 11:59 p.m. August 10th. And be sure to check out an excerpt from Cara's Unexpected Consequences at The Excerpt Depot.
Posted by J.A. Rock at 12:00 AM