It's the last day of Domestic Discipline Week. Thank you so much to everyone who stopped by to contribute thoughts on domestic discipline and, of course, sharks. Last but certainly not least this week, we have a guest post and giveaway from my co-writer Lisa Henry. Lisa says things really well, which is probably why I love writing with her. That and she promises me some weird Australian kind of chocolate frog when we finish something. Which is actually unspeakably cruel, because the chocolate never materializes. Yet I keep slaving away in hopes that one day it will.

Don't forget to check out all of this week's interviews and giveaways. There are links on the lefthand sidebar, and all of the giveaways are still going on. There's also an intro to DD, a glossary, DD-themed excerpts, and resources if you want to learn more about the lifestyle, or read more DD fiction. Thanks again for coming by, and I'll turn it over to Lisa now!

Domestic Discipline. It feels strange to be writing about this on JA’s blog, since her book By His Rules was the first time I’d actually read any Domestic Discipline. By which, for the purposes of this post, I mean discipline administered by one partner to another, without a sexual payoff.

And at first I was all. “Whaaat? If there’s a spanking in the offing, there had damn well better be a reward at the end.”

Sexual kink, I totally get. This... 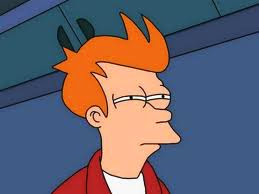 But then I thought about it.

Does anyone remember the show Men Behaving Badly? There was a scene there where Gary was explaining to Dorothy’s nephew that in every relationship, there was a silly person and a policeman. And it was the job of the policeman to keep a lid on the silly person. Dorothy, of course, was the policeman.

We’re also conditioned to think that discipline, as in spanking or the removal of privileges, belongs in a parent/child relationship, and not in a relationship between adult partners. And it is sometimes difficult to imagine it between adults, because we also imagine a complete power imbalance that exists there as it does between a parent and a child. But as anyone with knowledge of D/s relationships knows, it’s not that simple.

Parenting 101: if the kid actually holds the power, you’re in trouble.

So the reward in a DD scene might not be sexual. What it is, for those who might sometimes need a policeman in their lives, is a reminder of the boundaries. The knowledge that there will be consequences. And the reaffirmation that they’re not being ignored, that someone is actually in control of this crazy ride called a relationship, and that, above all, they are loved.

And for the policeman? That need for order, that need for trust, and the gift of their partner’s submission.

DD relationships are as loving as any others based on trust and respect. And love isn’t always sexual. Love is how we live our lives, day in and day out.

And now, the giveaway! Comment on this post for a chance to win your choice of Lisa's backlist titles. Check out your options on her website. Contest will close at 11:59 p.m. EST on August 13th.
Posted by J.A. Rock at 12:00 AM