Lisa Henry is a Dirty Temptress (and other news)

Lisa Henry and I recently finished writing our fourth book together. It’s a sequel to The Good Boy. We also got a contract on a book called Mark Cooper Versus America. More on that in a minute. Plus we’ll be starting edits soon on When All the World Sleeps, a novel due out from Riptide in early 2014.

So at this point, I’m thinking I deserve a vacation in Nuweiba. Two months long at least, involving cabana boys, and during which I exist in a near-constant state of being massaged.

But then Lisa goes and e-mails me that she has a shiny new idea. And of course nothing is more exciting than New Idea e-mails. And here’s the thing. Not only does Lisa have a new idea—she wants us to plot it out before we write it. 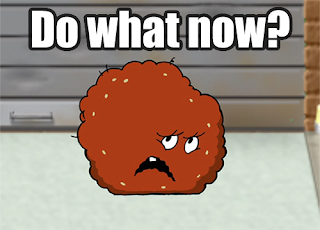 You have to understand, if I could describe our writing process in a single word, it would be “unscripted.” Or possibly “unsober.” We don’t plan. We don’t plot. We’re both wildly disorganized. There was a weird moment before we started When All the World Sleeps when Lisa tried to show me something called a nine-grid plan. I just assumed she’d been spending too much time with the awesome Heidi Belleau and politely ignored it. And then we pantsed the crap out of WAtWS.

But when Lisa told me this new idea, I understood why we might need to plan it out before writing. So we downloaded some character charts. I dug out my old, unread copy of Plot & Structure to study that freak-ass plotty triangle. And we got to planning.

And you know what? Planning’s really fun. Fun in a whole different way from pantsing. I told Lisa this bout of organization had inspired me to change my wall calendar from June to August, but she told me not to get crazy. So it's still on June.

One step at a time. Today, plotting a novel in advance. Tomorrow...I'll have one of those little books people write the shit they need to do in.

So here’s what's coming out in the next few months:

Lisa and I used this book as free therapy to get over the damaging things we’ve said to one another about our respective countries and English vernaculars. An Australian boy moves to America to attend college, and finds himself homesick, pledging the campus’s douchiest frat, and in love with a guy from a rival fraternity. Also, here’s your chance to see Lisa not treating characters heinously! Nothing all that horrible happens to either of the main characters, and it was way fun to write.

WHEN ALL THE WORLD SLEEPS

Formerly Under, this might be my favorite collaboration, if I’m allowed to have favorites. I mean, my mom has a favorite child, and it's definitely not me, so I feel okay about having favorite book babies. WAtWS is the story of a man with a serious sleepwalking disorder who, in his sleep, kills the guy who gay bashed him years ago and becomes a pariah in his tiny southern town. Until he gets a local cop on his side. Creepy, dark, claustrophobic—all of my favorite things. There’s blurbs and stuff over at Lisa’s place. (Do you see why I can’t plan? I’m too lazy to even paste.)

Hopefully the Good Boy sequel—tentatively titled THE BOY WHO BELONGED—will be in there somewhere as well. It’s a Christmas story about Lane and Derek bird-sitting Mr. Zimmerman while Lane attempts to deal with some family drama involving his imprisoned mother. A nice balance of fun and angst. And anginas.

And a solo project, if you're interested in gay not-exactly-romance...