Writing Brats and Ruled by Cats: A DD Week Interview with Lori Toland 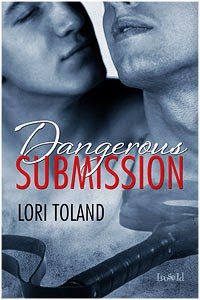 I'm thrilled to welcome Lori Toland to the hotseat today. Lori is as much fun as her writing—her Dangerous Affairs series is filled with twists and heists and disguises and always a bit of ass-smacking. She writes D/s rather than DD, but I'm curious about how non-DD writers feel about reading it, so I’ve decided to pick her brain about brats, British accents, and her experience as a romance reader. And she's got a giveaway for you too. Welcome, Lori!

More of my guests need to bounce. You don’t write DD per say. But you seem to have fun writing strong-willed, snarky subs who beg to be spanked. What makes brattery and snarkerism so enjoyable?

I love brats like whoa. There is something about a bratty sub that really gets my blood pumping. They are a challenge but there is something beneath the surface that begs to be tamed and taken care of.

Would you ever write a DD book?

I would love to but throughout the whole book, all I would be thinking is: what would JA do? I knew DD was out there in the community but it really never held my personal interest, however the way you write it captures my attention, probably because you write amazing characters who need this.

I promise I did not just impale a worm on a hook, put on my bucket hat, and fish for that compliment-- but thank you! Your characters seem like they would be good at DD. The Doms are strong and caring, the subs sweet but a little mischievous and bratty. Speaking of which: what’s the brattiest thing you’ve ever seen an adult do?

Probably me when I was really tired. It was five years ago and I was tired and Chester brought a mouse in the house. Not Mickey though. That would have been cool. Anyway, he let it go and my husband had to lift the couch that had a pull out bed in it when the mouse ran under there. I tried to catch it but the little bugger was fast and Chester would chase it away when I did dive for it. So I lost my shit. I threw a temper tantrum and I was screaming.

The funniest thing about it all was when I was done screaming and throwing my fit, my husband said, “That was an inappropriate reaction to the situation.” It made me laugh. He always does.

Haha, well done to both of you! Do you consider your household orderly and controlled? And who controls/orders it? (It’s the cats, isn’t it?) 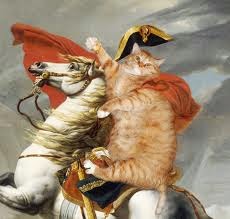 The cats do run this household. They even have control of my blog on Saturdays, renamed to Caturdays. My husband runs the household and I run my business and write too. It works really well. I ask him to do stuff and it gets done — like magic! :)

I think one of the reasons DD makes some people nervous is the apparent power imbalance, especially when that power exchange isn’t necessarily geared toward sexual pleasure. But most, if not all, relationships contain subtle power imbalances—discrepancies in age, experience, education, resources, abilities, etc. Are there any power dynamics in romance novels that really turn you off?

Nope. You know, the only thing that turns me off in novels is when the chemistry is bad. I read extensively. I got into writing because I love reading and I have my own stories to tell but nothing makes me a drop a book like bad chemistry. The right writer can make anything sexy. DD is perhaps misunderstood because they don’t truly get what it does for the people involved in the relationship.

I think anything that is great for the characters and advances them forward in the relationship is exciting. If DD is what the characters need and the writer can make me believe that, then awesome!

I do like that—when something I’m not normally interested in becomes exciting because the characters make me see it in a new light. I ask because I think I find disciplinary spankings hot to read about, and to write. For me, things get a little complicated in the analytical part of my brain when I enjoy seeing something happen to a character that the character doesn't like. But I think you're spot on--it works for the characters. And they do get something out of it, even if it's not immediate physical pleasure.

You have some experience with the UK, correct? Does a British accent automatically make someone a sexier disciplinarian?

I do have some experience with UK accents but my Brit accent is terrible so I don’t even try.

Oh, did you mean my husband? Or a Dom with a British accent? Yeah, if anyone tried to order me around, they would just get laughed at while I say “For realz?” Yeah, I don’t know. I’ll ask around.

Poorly worded question—I just meant do British accents in general make for sexier spankers. I feel like I’d be more inclined to listen to a British person. Especially if they knew Judi Dench. Or if they were Judi Dench. I think I may have just accessed a Judi Dench fantasy I didn’t know I had until this moment. 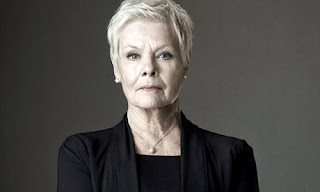 Your Shark Week question (okay, you get two shark questions, because you live in Florida):

I’m flattered and excited! Although I have to admit when I heard Shark Week, I thought of Macklemore and started singing “Can’t Hold Us.”

Your rendition of “Can’t Hold Us” is probably infinitely better than this year’s Shark Week. I just watched Great White Serial Killer. I don’t even know what to say.

You live in Florida. Have you ever seen a shark?!

Yes, quite a few times but not here. I saw them in Hawaii. And of course in aquariums.

...and then they burst out of the aquariums and ate some tourists. Come on, Lori, you're not going to get on Shark Week if the sharks in your stories just swim calmly around aquariums. All right, what is Florida’s record for the largest Scalloped Hammerhead ever weighed? DON’T GOOGLE IT.

Oh yay! I was right! (I swear I waited to Google it.) And I have gone swimming at those beaches. Holy shit.

WELL DONE. You get an unspecified imaginary prize. I think the prize is that you haven't been eaten while swimming at those beaches. Thank you so much for being here today!

All right! We've got giveaways going on from Cara Bristol, Fabian Black, and Pauline Allan...now add Lori Toland to the mix! Comment on this post for a chance to win one of Lori's books, and comment on this week's previous interviews for a chance to win other prizes. Lori's drawing will end at 11:59 p.m. August 12th. And join me tomorrow, same brat time, same brat channel, for an interview with Kay Berrisford!
Posted by J.A. Rock at 12:40 AM