I have a new book out now, under a different name. It’s not exactly a romance, though it is a love story, if that makes sense. There’s no steaminess, and no kink, and no tidy HEA. But it does focus on an evolving relationship between two men. If you’re into spec fiction, feel free to check it out! 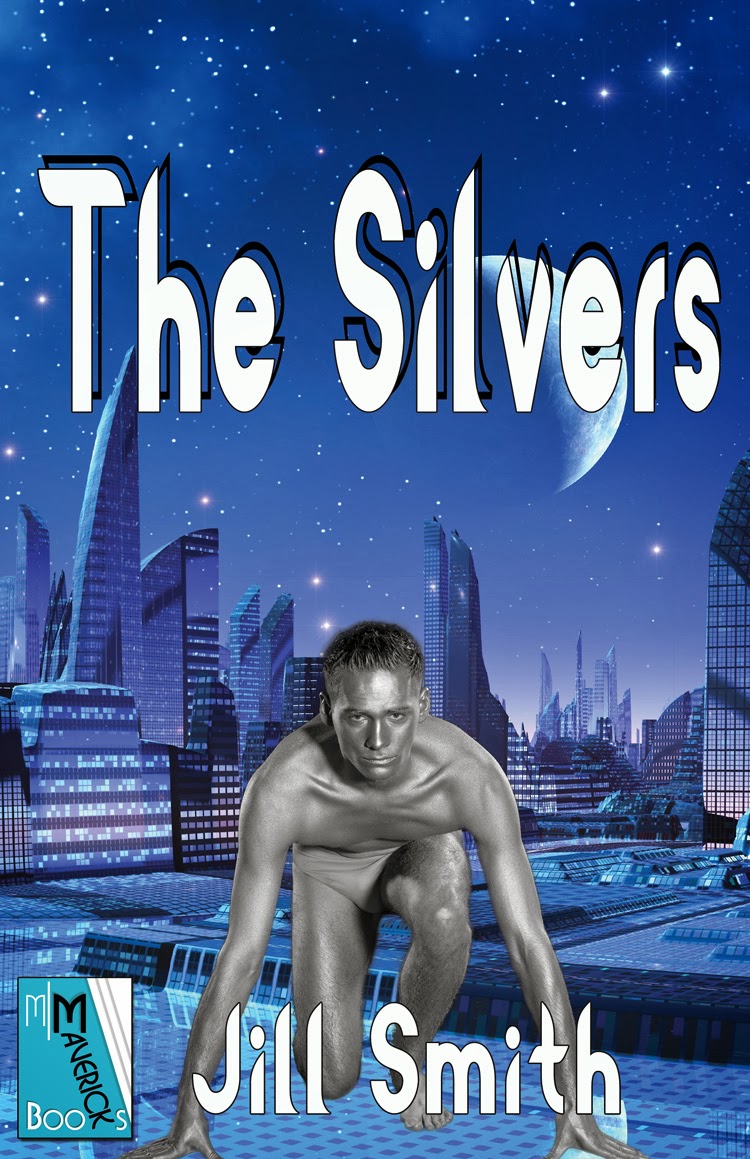 It's called THE SILVERS, and here’s the blurb:

B, captain of the first crewed mission to the Silver Planet, does not think of the planet’s native race as people. Silvers may look human, but their emotional spectrum is severely limited. B allows his team to capture, study, and even kill the creatures.
When B bonds with a Silver called Imms, everything changes. B’s not sure if Imms’s feelings are genuine or imitation, but B’s growing friendship with Imms becomes his anchor in a strange world. Following a shipboard fire that kills most of B’s team, B takes Imms back to Earth. He sanitizes the story of the fire—for which Imms bears some responsibility—so that Imms is recast as its hero rather than its cause.
Life on Earth threatens the fragile connection between the two men. As Imms seeks independence from a bureaucracy that treats him like a test subject, he begins to experience the gamut of emotions—including a love B is frightened to return. And as B and Imms’s story about the fire threatens to unravel, Imms must use all he’s learned about being human to protect B.

THE SILVERS is now available from these places:

-Bold Strokes Books website--you can get it in all ereader formats here, plus you can get it as an part of an ebook bundle of BSB's February titles. And you can read an excerpt.
-Amazon
-And it should be available at B&N, Kobo, and iBooks soon!

So... I'm not entirely down with labeling books with gay characters "gay fiction"--as though that's a different kind of fiction from "regular" fiction. But I'll admit that labeling books LGBTQ helps me find the LGBTQ books that I want to read. So I'm gonna go ahead and do a post on my favorite "gay books." Just because. Heads up, I don't think any of these could be considered romances, except maybe #3. But if you like to read in other genres, I can't recommend these stories enough.

1. DREAM BOY, Jim Grimsley. One of the few books I can read multiple times and it still packs the same punch. A haunting story about a boy who's being sexually abused by his father and finds solace in a relationship with an older boy at his new school. Set in the South in the seventies. The ending is brutal, but there's a lot of beauty in the book. 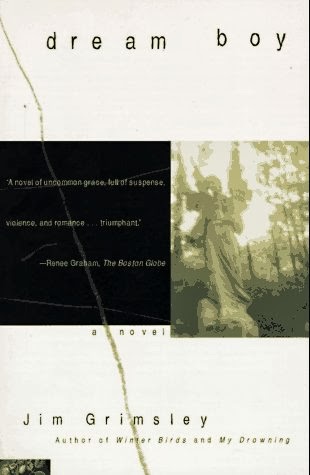 2. THE HEXSLINGER TRILOGY, Gemma Files. I just read this, and I'm bursting to share the love. Or the gore. This trilogy is everything I ever wanted: bloody, set in the old West, full of magic (literally), great characters, gorgeous language--seriously, if you like gothic-western-horror-fantasy, READ THIS. The main character is completely devoid of morals, and yet SO COMPELLING. Think the epic scale of The Lord of the Rings, but wayyyy more violent, and not so much good versus evil as various shades of evil versing each other, and a far more racially and sexually diverse cast.

3. Anything by Steve Kluger. I think ALMOST LIKE BEING IN LOVE is his only one where a gay couple are the central characters, but everything he writes is hilarious and real, and THE LAST DAYS OF SUMMER still makes me cr--er, makes my allergies act up.

4. THE CATCH TRAP, Marion Zimmer Bradley. I love circus settings. So much. This was one of the first novels I read that had gay characters, and it's still close to my heart. It was also one of the first books to make me think about consent issues between partners who want each other, but aren't, um, old enough. 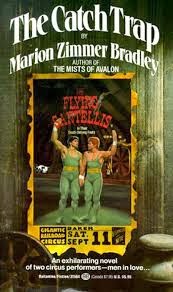 5. MIDNIGHT IN THE GARDEN OF GOOD AND EVIL, John Berendt. God I love this book. Creative nonfiction about the murder of Danny Hansford in Savannah in the 1980s by his lover Jim Williams. Zany side characters abound. And greatest cover ever. 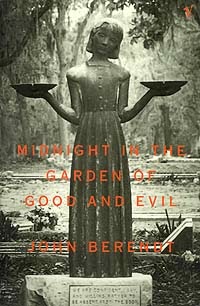 7. KISS OF THE SPIDER WOMAN, Manuel Puig. I love the way this story's told. All dialogue. Two men. One prison cell. It's about two political prisoners in Argentina who form an unlikely friendship. I told my high school Spanish teacher I loved the book and she found me a copy in Spanish. I can only identify about three words in it, but I kept that copy even after my English copy was long gone. 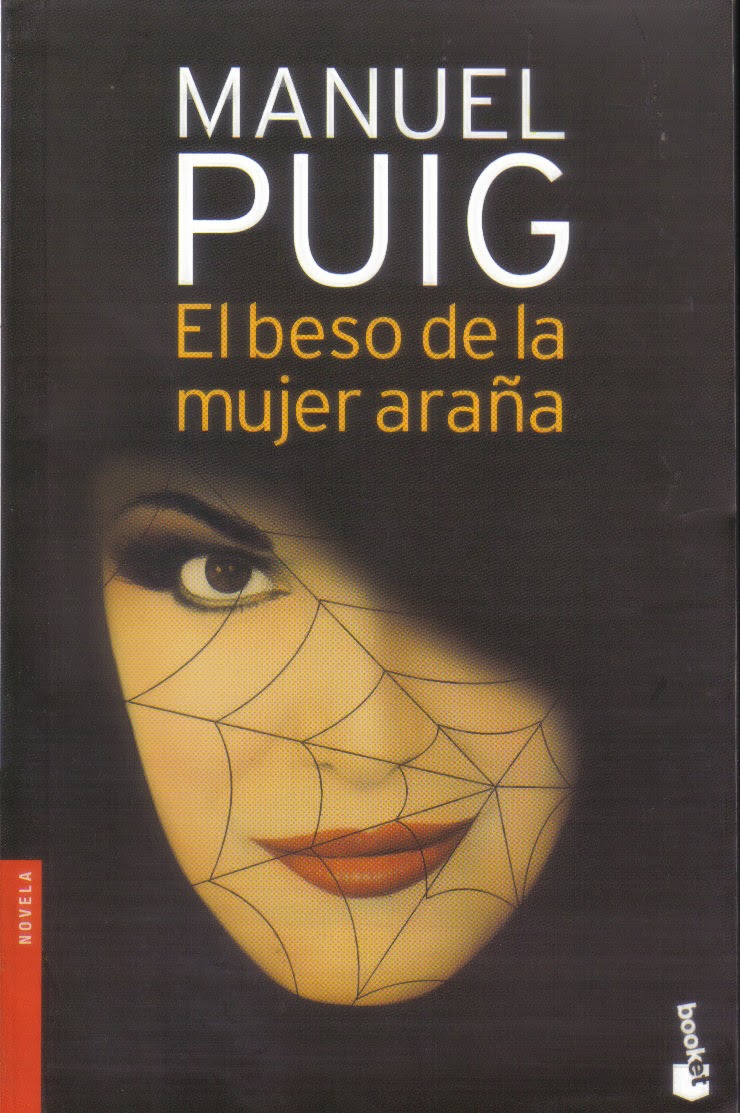 I'll stop now. I don't usually do public book recommendations because I feel unqualified to tell people I don't know well what to read. But this is as close as I will get to shaking you all by the lapels and staring crazily into your eyes and telling you to read these books.  If nothing else, do it for fear of my crazy, crazy eyes.