May I Proudly Introduce Ember Leigh?

Oh, it’s a special day indeed. My best friend since childhood has just released her first romance novel, JADED, under the name Ember Leigh! I asked her to spend her release day on my blog, and she said yes. Good thing, or I would have stopped speaking to her and forced one of our other friends to pass along notes explaining why I was angry. 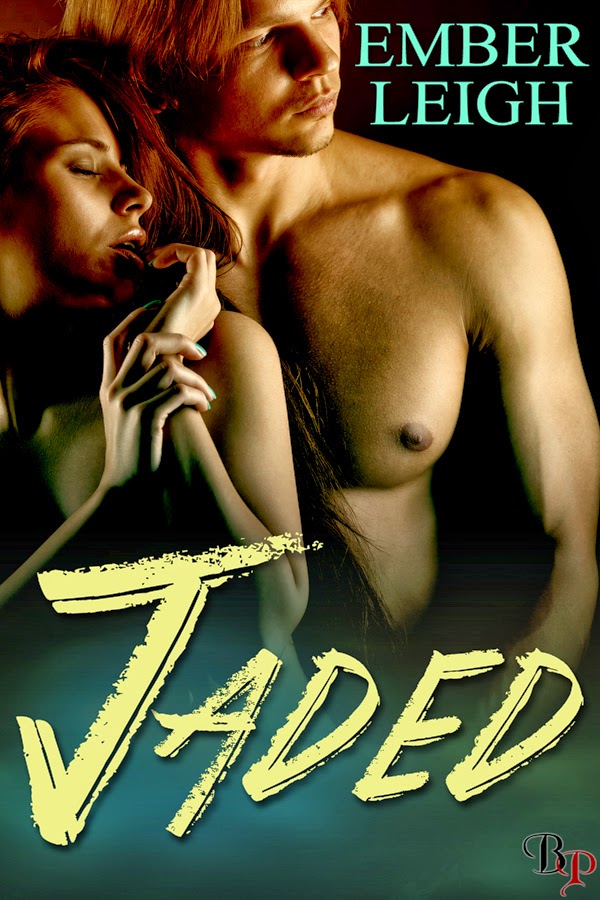 I think she understood the game faster than I did.

We still like different things in our romances. But that hasn’t stopped ultra-vanilla Ember from entering the Kingdom of Man-kink to give me a guest post.

Take it away, Ember!
EL: When it comes to luck in the universal grand theme of things, I really lucked out.

Growing up, I had a dense group of 4 best friends. Definitively 'the weird kids', we were so weird that most people didn't bother teasing us. This led to more weirdness, which eventually led to acceptance and even *gasp* some respect for our weirdness. We were the kids making dying-animal noises in the hallway amongst ourselves, scribbling notes constantly to exchange in Spanish class (which would go on to become novels), and rearranging posters in public spaces to spell the word 'poo'.

The five of us gelled around age 13. That was almost 20 years ago. We're still best friends to this day.

Another way in which my universal luck runs deep? J.A. Rock is one of those childhood best friends.

She and I started writing together when we were about 16. We held weekly editing meetings in the local library and revised manuscripts of dubitable quality (all romances), struggled with plot questions (like, "I think my story doesn't have a plot") and considered title choices (should it be titled 'Perfection' or 'Imperfection'?).

My universal luck didn't just bring J.A. Rock to me as a best friend, the universe brought her as my editor and First Reader. She's like my right-hand woman on the ship that navigates strictly prose. Storms on those seas constitute character inconsistencies and plot holes, which are no picnic to weather. Sometimes entire characters disappear into the dense chop of adjectives and adverbs, which rage hard against the stern of the ship.

I'm writing this article and I still don't understand why I got dealt such a fine hand in the Eternal Soul Mate Friend Category. If this were poker, my cheeks would be twitching with the strain of containing my satisfied smirk.

Even though J.A Rock and I have been writing and editing together since we were 16 years old, our styles have always been very different (well, unless you count hilarious as a style). As well as our topic matter.

Entering her world, albeit with only a Press Pass and no privileges to touch or to linger too long, was fascinating. It was a completely different world all together.

In fact, her world made me realize just how vanilla my world actually was.

So we're all clear, I very much prefer and choose my vanilla world. But when it comes to book blurbs and interesting summaries, well, my novels just feel so boring in comparison.

And by the way, my novel is Jaded. A construction crew shows up to remodel Isabella's house, a surprise gift from her meddling mother, but what nobody expects is that her love life ends up completely remodeled as well when hunky Luke sets his sights on her. Though she's sure he's just a player using the wrong head, Isabella quickly learns there's more than meets the eye. Will she let her guard down and let him in, or will she be forever Jaded?

J.A: Ooh, I just got tingles. Let’s see this list, shall we?

THINGS JADED DOES NOT CONTAIN:

After all this, if any of you are interested in reading Jaded, you can find it here. Thanks for letting me on your blog, J.A. Rock! Let's be real --- despite all the complex, stimulating, sometimes weird flavors in the world, what's the best ice cream topping for a fresh, warm m/f contemporary brownie? VANILLA.

JADED is out now from Breathless Press!

And you can find out more about Ember Leigh here:

Hey, Ember, bring JADED over here so BY HIS RULES can make out with it… 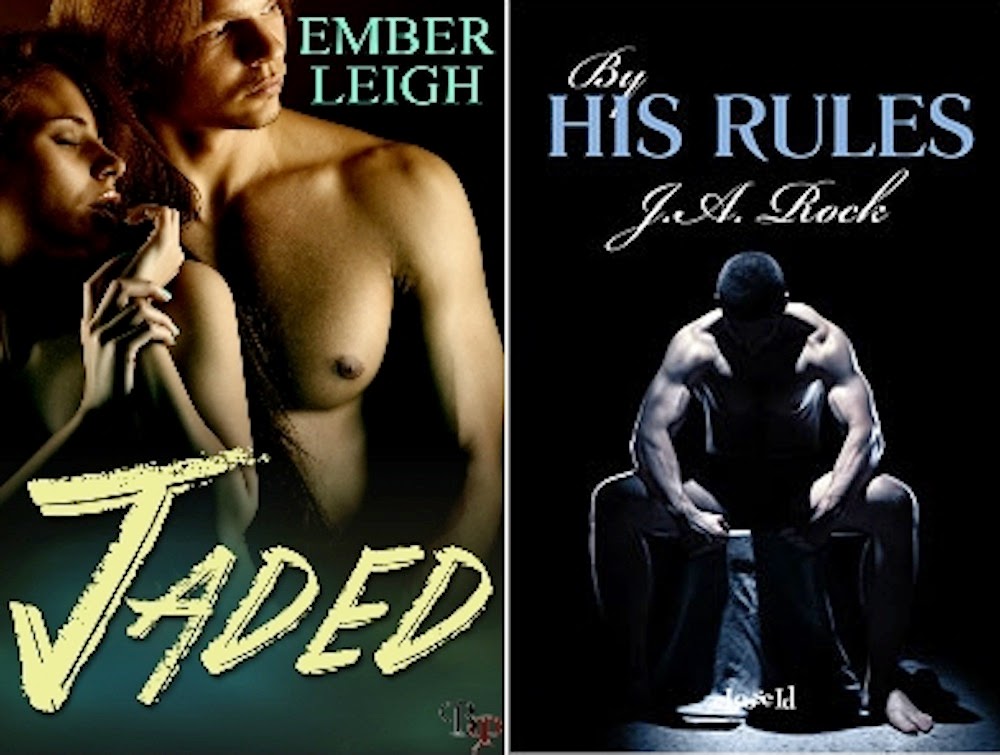