Tomorrow is the release of Lisa Henry's and my psychological thriller, ANOTHER MAN'S TREASURE! *confetti made of bone fragments and blood clots* It's pretty violent, and it's not a romance, but we hope you'll give it a try anyway. It will be available in all ebook formats from Smashwords and Amazon, and in print from the Createspace store and Amazon. And for the first week only, the ebook will cost $3.99 instead of the regular $4.99 list price.

This week, we're going on tour, and if you leave comments at any of our tour stops, you could win a $20 Amazon GC and a copy of the book. Check out banner, Michael! 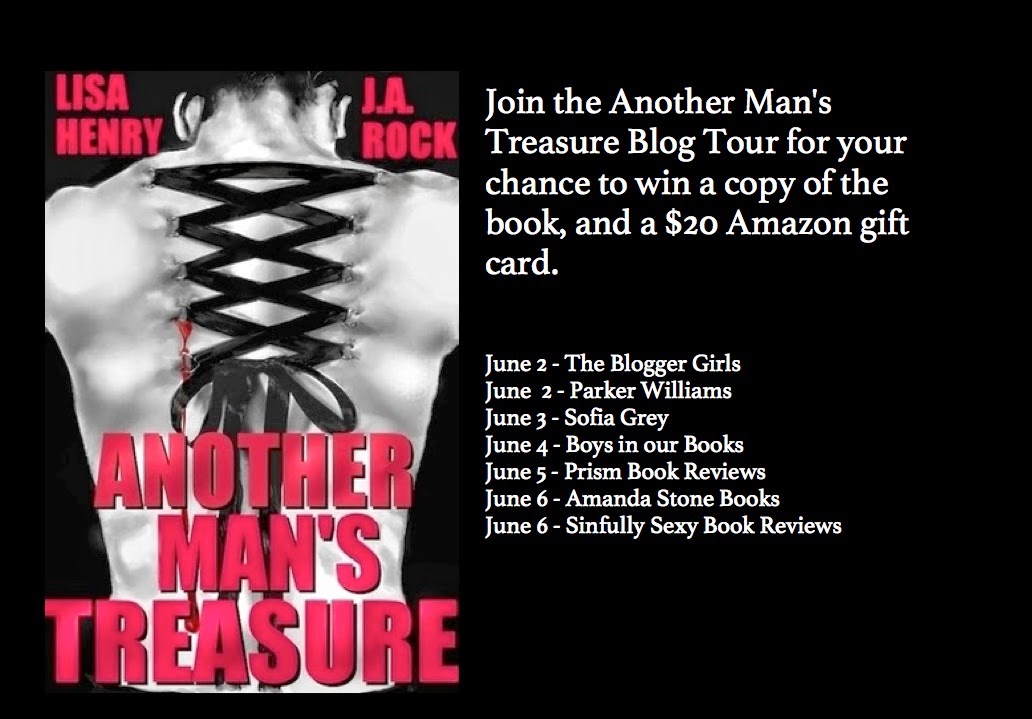 And join us at Joyfully Jay on June 10th for ANOTHER giveaway!