The PLAYING THE FOOL Trilogy is now complete with the release of TEMPEST on March 9th! Lisa Henry and I had so much fun writing Henry and Mac, and it is certainly possible that we haven't seen the last of them--though first we have to work our way through a long list of projects we've vowed to get done this year. TEMPEST is available from Riptide, Amazon, ARe, Kobo, and Barnes & Noble

And if you like winning things--like, say, a $20 Riptide gift card, an ebook, a pair of donut socks, and a donut pillow that I have definitely not licked, even though it looks real and delicious--there's still time to comment on any or all of our tour posts for a chance to win. Click here to see the stops! 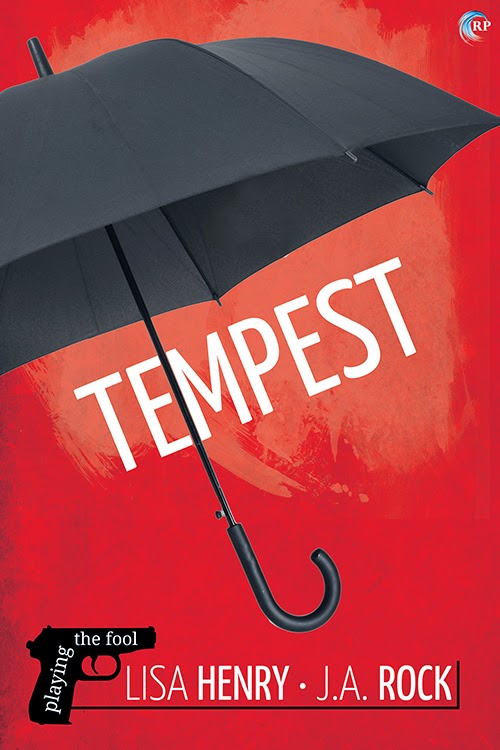 Something wicked this way comes.
FBI Agent Ryan “Mac” McGuinness and con man Henry Page are on the run again. This time they’re headed back to where it all began: Altona, Indiana. Population: some goats. Henry’s not happy about lying low at the McGuinness family farm, but they’ve got nowhere else to go.
While Mac fights to clear his name and Henry struggles with whose side he’s really on, a ghost from the past threatens to destroy everything. And those aren’t the only storms on the radar. Cut off from both sides of the law, Mac and Henry must rely on their tenuous partnership to survive.
If Henry can convince himself to let Mac see the man behind the disguises, they’ll stand a chance of beating the forces that conspire against them. The course of true love never did run smooth, but for the two of them, it might be their only hope.