Euro-Tour 2015. Or: That Time Lisa and I Got Lost in a Maze That Really Wasn't That Hard.

I kept telling myself it was fine that I was still too lazy to blog about EuroPride Con a month after it happened. But then Lisa Henry upped the game by blogging, and I am nothing if not competitive with my archnemesis.

All right, I'm too lazy to be competitive. But occasionally I shake my fist in her general direction and give her an "I'll get you next time, Gadget. Next time..." 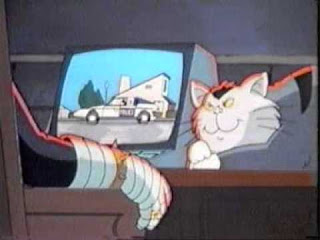 I don't have great pictures to share like Lisa, because mostly I let Lisa take all the pictures and then I stole them from her Facebook and pretended to my family that I took them. More and more, I'm starting to sound like the deadweight in this relationship.

But I can tell you that we had a great time at the con. We talked co-writing on a panel with L.A. Witt and Aleksander Voinov. We made Tim Tam S'mores, courtesy of L.A. Witt's brilliant idea to use a restaurant candle to toast our marshmallows. We met lots of awesome people, and saw some old friends. And we got lost on the subway system. More times than seems proper.

From Munich, the world was our oyster. And by "the world," I mean a small section of Europe. We toured the Salzburg fortress. We drank wine IN THE STREET in Prague, because you're allowed to do that there. We saw baby Lipizzaners at the Spanish Riding School in Vienna. We got lost in a hedge maze for an inordinately long time at Schonbrunn Palace, and I refused to let Lisa leave the maze until we solved it, even though we were both dehydrated and wanted chocolate.

See, I'm not too lazy to compete with hedge mazes, and I think a lot of that has to do with becoming obsessed years ago with completing this puzzle: 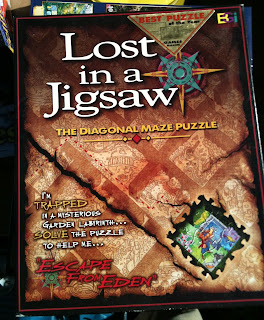 EVERY PIECE FITS TOGETHER AND THERE'S NO PICTURE ON THE BACK OF THE BOX SO YOU HAVE NO WAY OF KNOWING IF YOU'VE DONE IT CORRECTLY UNLESS YOU SOLVE THE MAZE. BONUS, THOUGH: IT'S FULL OF UNICORNS.

Anyway, the Vienna hedge maze was like the real-life version of that, minus unicorns.

We ate a lot of chocolate, drank a lot of wine, bought a puppet for my mom even though she specifically begged me not to bring home any creepy dolls. And we plotted a lot of books.

All in all, it was a successful trip. And I feel like we have to go back next year, because I miss it already.