The Master/slave Conference, the Butt Plug of the Gods, and My Reunion with Frank the Ass Gnome.

Last weekend, I attended the Master/slave Conference in Rockville, MD. Well, I attended part of it, since the TSA lines at O’Hare were over an hour and a half long and so I missed my flight and they put me on a new one that left twelve hours later. And though I changed my car rental reservation accordingly, when I got to the rental place, they were out of cars. Happy Labor Day. But I did make it to a couple of days’ worth of panels, and it was a fantastic experience. 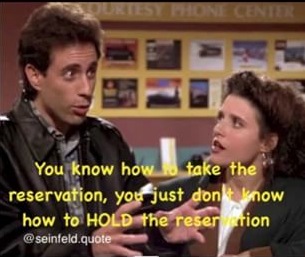 The big factor for me in determining whether or not to go to kink events is diversity. I get tired of looking at the programs for kink conferences and seeing that the presenters are 90% straight white cis-male tops, and that their demo partners, if they have any, are cis-female bottoms. So I was impressed by MsC’s fairly diverse lineup.

The first panel I attended was about female Masters, and it was awesome. The panelists had a nice age range, so we got to hear from some Masters who’d entered the scene at a time when it was difficult for female Masters to get recognition and respect from their male counterparts. But also from some younger Masters who said they haven’t had to deal with quite that level of overt misogyny and resistance, but were more familiar with the microaggressions that still plague women in the M/s and kink community at large.

I also went to a panel on long distance M/s relationships. There were two couples on the panel, one het and one gay, that were currently in long-distance M/s arrangements, as well as two singles who had been in unsuccessful long distance relationships in the past. It was interesting to hear how different people made such an intense power exchange work (or couldn’t make it work) when they weren’t physically near each other. I.e., what sort of protocols could be implemented and enforced through email and/or Skype.

My favorite panel was Trans Master/trans slave, which got a really good discussion going about the trans experience in general, but also specifically about trans issues in the M/s community. One particularly interesting topic that came up was how transitioning, which impacts a person emotionally and physically, might also affect that person’s ability to give their full time and attention to a 24/7 power exchange relationship.

In addition to the panels, there were lots of awesome vendor rooms, where I got to fantasize about having enough money to own a lightsaber cane or a dungeon-in-a-bag.

And perhaps the greatest bonus was getting to stay with Joyfully Jay and her wonderful family for the weekend. It was great to have someone to decompress with each day when I had a hundred million thoughts swimming around in my brain after the conference sessions. And someone with whom I could choreograph the most exquisite contemporary dance routine the world has ever seen. (Get ready, GRL. We’re gonna perform it on the beach, where the ground is soft. There are lifts.) 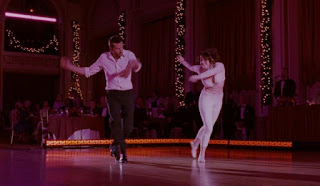 And finally, there was a beautiful reunion.

Over a year ago, Jay and Katey Hawthorne and I were visiting the sex toy shop in Columbus together (as friends do), when we encountered a fairly imposing looking novelty butt toy in the shape of a gnome, which delighted us. So when we came back to the sex toy shop this June, we immediately looked around for it.

We asked the clerk what had happened to the ass gnome, and she said, “Oh, you mean Frank? We sold him.”

I thought I’d never see Frank again. But then I walked into the silent auction room at MsC, and who did I see?

I ran toward him, picked him up, and swung him around in slow-mo while emotional music played.

It seemed like destiny that I should bid on him, but I’d already spent all my money getting to the conference, and the bidding was already up to like $38. So I had to settle for one shining moment with my favorite ass gnome.

I mean, okay, maybe it wasn't the SAME Frank, but let me dream, okay?