The Subs Club is Here! (Thanks to my editor).

Today is The Subs Club (The Subs Club, #1)'s official release day! You can buy it at Riptide, Amazon, ARe, Kobo, and Barnes & Noble. You can also follow the blog tour for a chance to win two backlist ebooks and a $10 Amazon gift card. AND you can learn more about the series from Riptide's site.

I just want to say this: I am hugely grateful to every editor I've ever worked with. I don't know how they turn my word-vomit into something readable, but they do. But for this series in particular, I am ridiculously thankful to Delphine Dryden. I am a slow writer who has no idea how to outline, and if manuscripts are not forcibly removed from my possession, I will tinker with them eternally, and they will never get published. The Subs Club series required me to be faster, to take a stab a planning, and to just get over myself and let the books go out into the world when the time came. Del was super patient while I wrapped my mind around all of that, and when 2015 brought on several unforeseen scheduling conflicts. Plus she, you know, edited the books and made them act like real novels. If it weren't for her, I probably would have thrown my computer out a window a long time ago and just Alex Mack-ed into a puddle of wine. But now The Subs Club exists, and I'm really glad it does. Del is basically this to me: 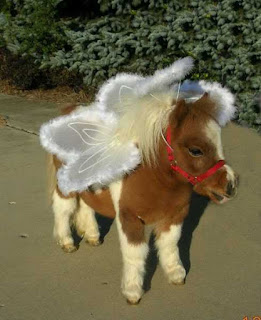 Also, Alex Whitehall's copyedits are badass. And Sarah Lyons gets a massive thanks for encouraging me to try TSC as a series, rather than the mostly-incoherent standalone book I sent her years ago. So...these people are the reason this series happened. They are a line of tiny costumed ponies.