Let me explain: It was the physical therapy kind of rehab, not the kind for substance abuse. I was on the interstate, going about 70, and a bear ran right out in front of me and I hit it. No one was hurt, except probably the bear, though it was dark and I couldn't see. There was some weird stuff on my windshield, so...I don't know.

Anyway, my beloved van made it back to the house, but didn't fare so well after that.

I think writers have a particular tendency to bond with inanimate objects. In the many beautiful years I shared with Minivan Halen, I came to believe he had thoughts and feelings. That he loved me as much as I loved him. So I have prepared a eulogy. It's very long. You might want to pour yourself a drink. Or just skim. Or go visit a more exciting website.


When I was a kid, my family had one of these: 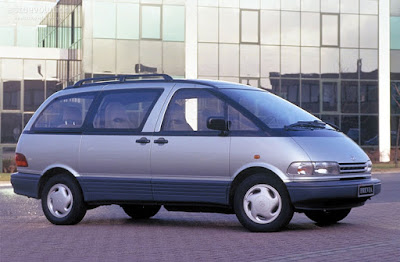 That's right. A 1995 Toyota Previa. I thought it was the best thing ever. I didn’t know anything about cars, but I adored the “bubble van,” and I assumed it would always be part of the family. After all, my dad always said “A Toyota will run forever.”

Then, in 2000, the unthinkable happened. My parents traded in the Previa for a brand new Toyota Sienna. It sat on our driveway like a great black eschar, seeming to mock the memory of its predecessor. I didn’t know who this intruder was, but one thing was for sure: It was no bubble van, and while I might ride in it, I would never love it. 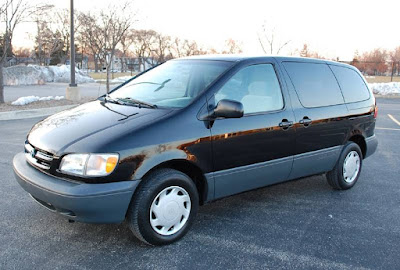 Except…the Sienna was a smooth and powerful mechanical beast, with a great sound system and a roomy interior. And it wasn’t rife with the scent-memories of all the times my brother and sister and I had been carsick. Slowly the bubble van faded from my mind.

When I was fifteen, I learned to drive in the Sienna. I was terrified I wouldn’t be able to pass my maneuverability test in something so big, but damn if I didn’t maneuver that thing like a pro and ace parallel parking…only to fail my road test.

When I went to college, and my younger sister inherited the van. She started taking it out on West Virginia backroads at night and essentially drag racing it. She said it could go from 0 to 90 in a snap of the fingers. Her exact quote, when I asked her about it recently, was: "Yes, I used to get that baby flying and then I'd jump a hill on this one back road. That van used to get some serious air. Good times." She also hit a deer in it, denting the bumper and losing a hubcap.

A couple of years later, my dad moved to Arizona and took the van with him. For several months, I didn’t see it. When it returned from the West, it had scratches from all the stray dogs on the reservation where my dad worked—the dogs knew my dad always had treats, so they’d jump up against the side of the van when they saw it. I was just happy to see the van again--scratches, dents, and all.

In 2008, I was living in WV post-college, and I drove to Ohio to see my friend in a play. I was having such a good time in Cleveland that suddenly it was midnight, and I needed to be in WV for work at eight. I took off, and should have made it to WV around six a.m....except I took a wrong turn and ended up in Pittsburgh. At two a.m. I called my mom, who gave me directions home, but told me the drive would take six and a half hours—probably more since it was snowing.

But blind acceptance of the facts is what stops people from reaching for the impossible. I had a goddamn Toyota Sienna, the Shadowfax of minivans. And I was gonna make it to work on time or die trying.

All through that snowy night, I drove ten above the speed limit, slowing only when the snow became too heavy or the roads too icy. I listened to Van Halen to distract myself from my terror of skidding off those country roads. But that van never failed me, and I reached my office’s parking lot at seven fifty-eight a.m. No lie.

In 2009, I loaded my belongings into the Sienna and moved back to my home-hometown of Sandusky OH, where I sort of forgot to get an oil change for over a year and almost ruined the engine. I also got a recall notice concerning a corroded spare tire cable, which I ignored. Most of my new adulthood was spent ignoring official-looking things that came to me in the mail. Really, not much has changed.

In 2010, I moved again, this time to Alabama to start grad school. My mother signed the van’s title over to me, and my best nonhuman friend and I were now legally hitched. I dubbed it Minivan Halen, took the seats out, put everything I owned in the back, and drove to Tuscaloosa. By this time, MVH was ten years old and had well over 200,000 miles on him and no AC. But he was still going strong.

In the fall of 2011, I used MVH to transport my new best nonhuman friend home from the animal shelter. Over the next few years, the Professor would coat Minivan Halen's interior in an impenetrable thatch of white dog hair that NASA could probably use for soft, durable space suits. 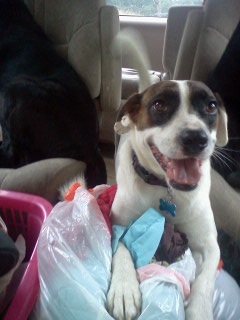 In 2013, I left Alabama, taking only what I could fit in the van. I couldn’t see out of any window, and had to make the 10-hour drive to WV without changing lanes or reversing. There was barely room for the Professor.

That winter, I housesat a hillside WV country home, and the van got snowed in at the top of a long, winding driveway that had a drop along one side. At first it was kind of fun, being stuck in the house. But then the heat stopped working. And the snow didn’t melt. My mom figured if we didn’t dig the van out then, I could be trapped at the house indefinitely. So she drove out to the country, climbed the hill armed with snow shovels, and we spent hours digging that van out. Once we had a portion of the driveway cleared, she told me to rev MVH up and take him over the snow, down the rest of the drive. I was too scared we’d slide over the edge and plummet down the hill, so my mom got behind the wheel and slammed the gas, and we careened down that driveway, screaming all the way. 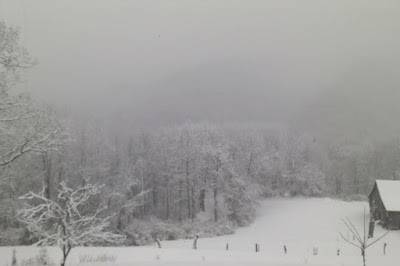 In 2014, I used MVH to move to Chicago, where we collected parking tickets like trick-or-treat candy. He was approaching 300,000 miles. He made a weird grinding noise when I drove him, was missing both front hubcaps, and none of the dash lights worked. I think we both knew the party was almost over.

Three weeks ago, Minivan Halen and I went on what would be our last roadtrip, from Chicago to WV for the holidays. And then came the fateful night. After years of making bear jokes with Lisa Henry a la Mark Cooper versus America, it was quite a coincidence that MVH's final battle would be with a bear. I heard some shattering and crunching, but Minivan Halen didn’t quit. He hit a fucking bear and kept going. Carried me the thirty miles home, smoking and leaking what was probably some pretty important fluid. 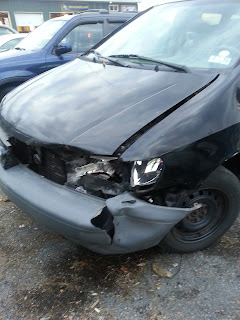 Yet when I checked him out the next day, he didn't look that bad, for hitting a bear. I started to dream he'd come out of this okay. Alas, it wasn't to be. 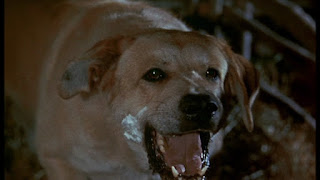 The mechanic said that despite MVH’s relatively non-obliterated exterior, everything under the hood was badly warped. The cost to fix it all would have been over twice what the van was worth. So I made the tough decision to sell Minivan Halen to the bump shop for scrap metal. 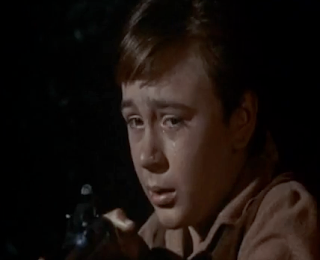 I’m not a big crier. But I did get choked up when I cleaned Minivan Halen out for the last time. When I discovered the emergency medical kits that I'd never known about stashed under the floor mats. When I saw the pretzels wedged between the seats. When I finally found the charger to the the phone I had in 2006. I actually watched MVH through the rearview mirror of my mom’s car as I drove away, a single tear rolling down my face. 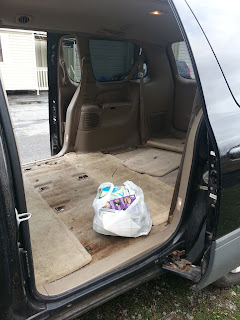 There are vans. And then there are vans. Minivan Halen touched many lives, and I've appreciated the memories sent to me by people who've ridden in MVH over the years. If you didn't get to ride in him, just know that it was a magical experience often involving high speeds, dog hair, shuddering stops, and uncomfortable temperatures. And a whole lot of heart.

Goodbye, Minivan Halen. I hope you're getting some serious air in the big parking lot in the sky.

Email ThisBlogThis!Share to TwitterShare to FacebookShare to Pinterest
Labels: experiences