The revised and expanded second edition of By His Rules is out!

I'm, uh...not the savviest self-publisher in the world, so I'm still working out some kinks, as it were, with B&N and Kobo. But Amazon, ARe, and Smashwords? Go to town! And the re-release blog tour is in session, so comment at any of these stops over the next couple of weeks for a chance to win a copy of the new edition plus a $10 Amazon gift card! 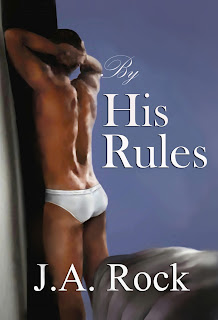 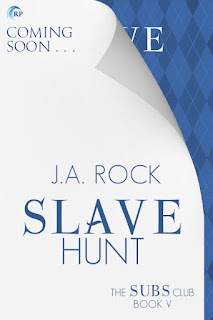 
It all kinda started last year, when Lisa Henry and I were hanging out in LA together. She was drinking a lot of wine and working on the brilliant Adulting 101, and I was drinking a lot of wine and procrastinating on finishing 24/7, the "final" book in The Subs Club series. I was becoming increasingly aware that 24/7 was going to be a heavy book, and a big tonal shift from the previous three. Which got me thinking about whether I wanted to continue the series beyond Book 4, and if so, where did I want to take it?

The conclusion I came to was that I wanted Books 1-4 to feel like a completed cycle. Like the series could end there, and we'd get a sense that all the characters are in a better place than where they started but still sufficiently mired in the ambiguities of life and love that it's clear the Real Journey is Just Beginning. But...

Maybe also it would be fun to check in with the characters a year later, let them play paintball in the woods for two hours, and narrate the story from ten different POV.

And so Slave Hunt was born. Riptide kindly agreed to help me keep the book a secret, to give 24/7 a chance to land and let the series have a sense of closure. But you can now pre-order Slave Hunt (out October 17th), a novella about paintball and the trials of love, from Riptide's site. It's pretty much angst-free, and there may be illustrations.

Rancher for (Half) a Summer

Back in May, I headed out west to work on a dude ranch. I worked on the kitchen staff, where I learned some awesome new recipes, and got up close and personal with meat. I've been a vegetarian for fifteen years, so prior to this I'd never really had to think about things like, you know, how to cook a hamburger. Or a steak. Or various parts of a chicken. But boy did I learn. I had to come back a little early (I was supposed to be there until September) due to some family health issues. But everything's going well now, and while I miss the ranch a lot, it's nice to be home.

There was no cell service at the ranch, and very limited internet, so this summer was a chance to get away from screens. I knew I wasn't going to be able to stop myself from writing, so I brought a notebook, but I liked the idea of some time to think about what I want to write next without any pressure to, you know--actually write it. Anyway. I promise I won't bore you with the whole tale of how I Found Myself this summer. But it was a very cool experience, and helped me get back in touch with some aspects of myself that have kind of fallen by the wayside over the years. Here were some of the highlights:

1. Horses. I love horses. Owned all the Saddle Club books. All the Thoroughbreds. Riding Academy. Short Stirrup Club. Black Stallion. You get the picture. I rode competitively from ages 6-13, and had beloved a pinto pony named Domino, who was my everything. Then, for many years, I didn't ride, because I became a teenager, and that took up a lot of time and energy, and then I was an adult and realized that horses are insanely expensive (thanks Mom & Dad!). So I was a little nervous about getting back to riding this summer. But as everyone promised, it was like riding a bike. You never forget. Except my no-longer-thirteen-year-old body was unaware that moving my muscles in this manner was still a thing. Everything hurt after my first ride. Hips, knees, arms, ass, sunburned lips... But it was fantastic. And I fell in love with this horse, Daisy, who is basically a combination of Shadowfax and Domino.


2. Reading. After I started publishing a few years ago, the amount of time I spent reading went way down. Which saddens me. So I decided to take advantage of my summer without computers, and packed approximately 1100 books. My suitcase was 4 pounds over the weight limit, and when the airline people suggested I try moving some things into my backpack, I opened the suitcase and books spilled everywhere, and I was like, "You know what, just charge me the $25." I read so much at the ranch, and it was glorious. My favorite reads of the summer were Unbroken by Laura Hillenbrand and Broken Harbour by Tana French.


3. Letters. Back in '08, I worked at a summer camp. I didn't get cell service or internet there, and at the time, that didn't seem like such an out-of-the-ordinary thing. People wrote me letters; I wrote them letters, and everything was great. Shortly after that, the idea of being without a phone or email became unthinkable. So this off-the-grid experience was much more intimidating. But my friends and family stepped up to the plate big time. I got so many wonderful and hilarious letters, cards, and random items. Even the Professor wrote me regularly, her words faithfully transcribed by my mother, who was dog-sitting. And one of my favorite parts of the summer was spending my evenings on my porch, writing letters to people.


4. Hiking. There were so many amazing places to hike around the ranch. But the walk I did nearly every day involved going up a slight ridge past an old fur trapping house. Once you were up on the ridge you had a beautiful view of the valley, the snow-covered mountains, the river...it was just perfect.


Were there rough parts? The mosquitoes were like some kind of genetically-enhanced Michael Crichton creation, and for the first week my nose gushed a pretty constant stream of blood from the altitude, but those were small prices to pay. This place, and the people I met there, were unforgettable. And even though I'm spending most of my days now parked in front of a computer, I'm continuing to work my way through the mass of books in my still-not-unpacked suitcase--and writing the occasional letter.

BY HIS RULES returns August 30th!

Hi all! By His Rules, my first published romance novel, has been off the market for a few months as I work on a revised and expanded edition. But it's coming back, bigger and badder than ever, on August 30th. You can join the blog tour from August 30-September 3rd for a chance to win prizes. I'll be going into more detail on the tour about what's new in edition 2, how it felt to face my early work (a little bit like looking at pictures of myself from middle school), as well as sharing some BHR-related short fiction. Stay tuned for details.

The book also has a brand new cover! Check it out: 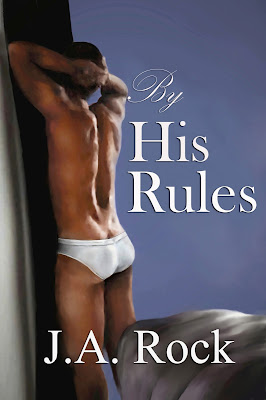