Slave Hunt (The Subs Club #5) is now available from all major retailers, and you can join the blog tour for the chance to win a $15 Riptide Publishing credit. On the tour, I'll be introducing all the new narrators in Slave Hunt, as well as talking about how the book came to be. And I'll be at Huffington Post Queer Voices in a few days, talking about Slave Hunt's tricky title and the way the language and imagery of kink sometimes draws on some very harsh realities.

AND...want some free Subs Club stories? Sign up for This Rebus Does Not Work, Lisa Henry's and my newsletter, and you'll get a collection of Subs Club shorts! 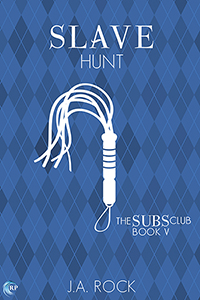