What's Where Now? The Definitive-ish List of Where All the Books Are

Lisa Henry and I have been experimenting with cycling a few of our books through KU. And now some of the books are coming out of KU, and new ones are going in, and it's just...a confusing time all around. So. Here is the current list of what you can buy where:

ALSO! Lisa and I were so busy traversing Scandinavia that we did a bad job of announcing this, but BRANDON MILLS VERSUS THE V-CARD (Prescott College #2) is out in audio! Joel Leslie did a fantastic job with this Prescott sequel. We hope you'll enjoy it too! 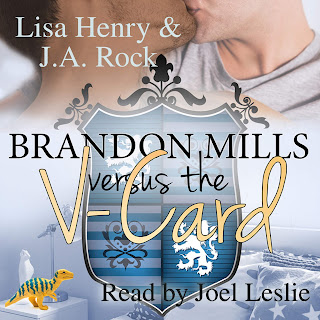